Windmills on my Mind

Quick back-of-the-envelope analysis of a windmill, just for fun.

According to National Wind Watch a typical windmill is a GE 1.5-megawatt model which has 116-ft blades.

Now let’s apply conservation of energy on this mass of air. Initial energy is $ Mv^2 / 2 $ and final energy is $ Mw^2/2 $, and the difference is on the order of the energy output, which is a function of the power output and $ t $ assuming reasonable efficiency in the turbine.

So, we have $ \rho tv\pi r^2 v^2 / 2 - \rho tv\pi r^2 w^2 /2 = Pt $. Time cancels, which is comforting since this is a continuous process. The equation that’s left suggests that power output of a windmill is proportional to the cube of the wind speed!

Actually this wasn’t “just for fun,” it was to show off initial progress on my side-project. :-) 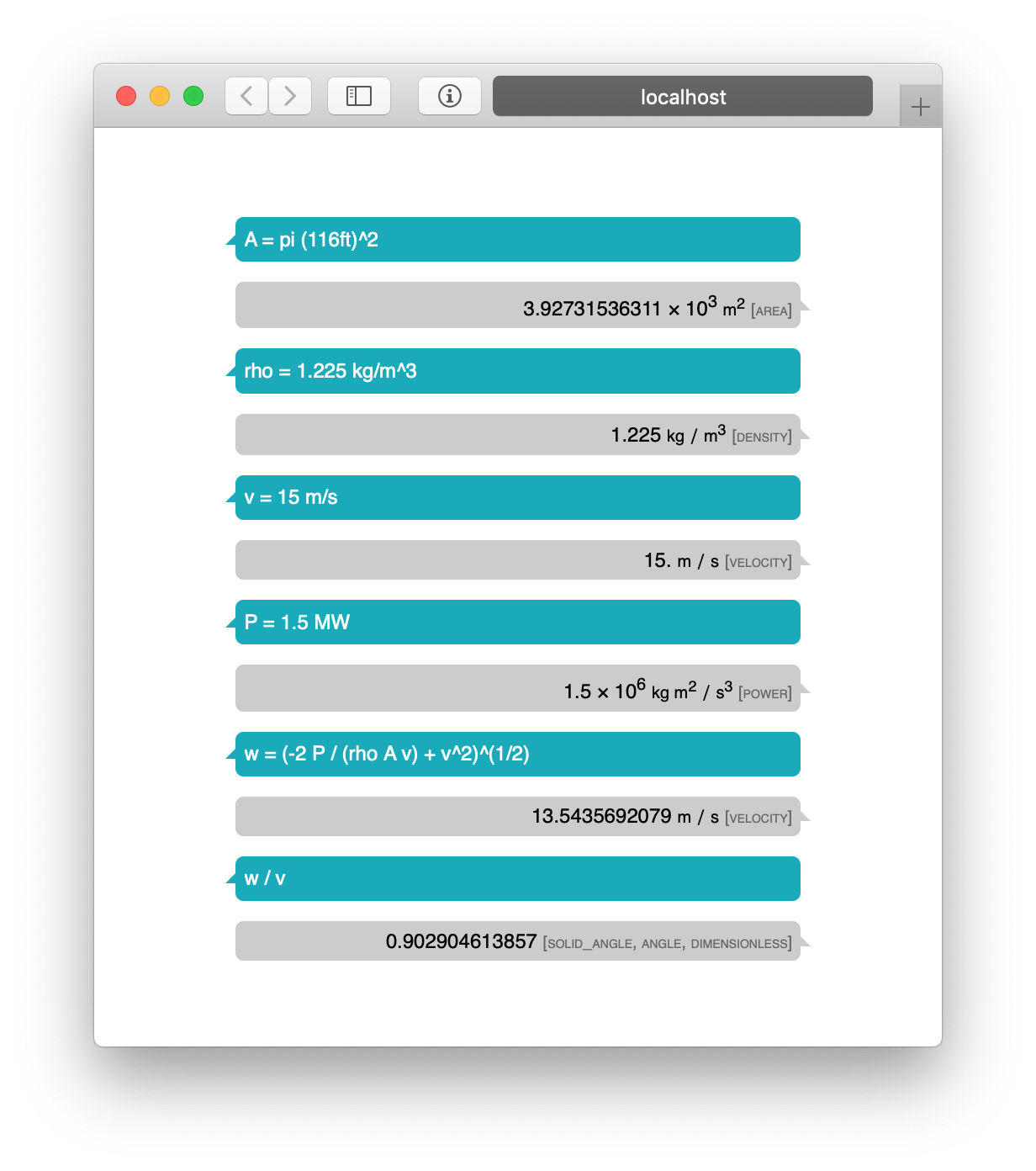 Oh, and an unresolved question: because air is coming into the windmill faster than it’s going out, the momentum flux across the plane of the windmill is net negative. Applying Gauss’ law, we would expect a buildup of air in the windmill, which obviously doesn’t happen. What’s wrong?